All Sin Is Not the Same

Watch out for false prophets. They come to you in sheep’s clothing, but inwardly they are ferocious wolves 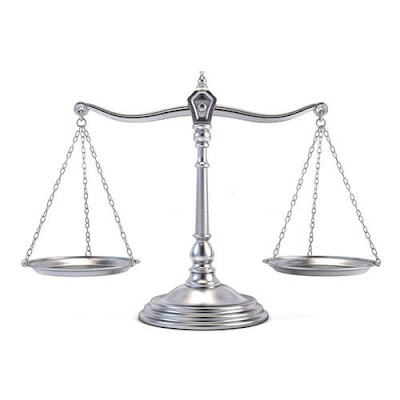 I’ve seen more stories the last few weeks, reports of churches responding to reports of abuse by trying to silence victims. Staff members forced to sign nondisclosure agreements — an increasing number of churches use employee NDAs to protect themselves from what former employees might reveal about what goes on “behind the scenes.”

At some point, you have to wonder what’s gone wrong. Even allowing for the fact that bad news gets reported while good news often doesn’t, there seem to be a lot of these stories. Too many. Of course, churches are made up of people, and people sin. But why do so many churches make the same mistakes of denying, ignoring, and trying to cover up unconscionable acts?

I have a theory. Not even a theory. Sort of a notion. But I wonder if some of the problem comes from a mistaken idea many Christians seem to have and many churches seem to propagate: that every sin is equally reprehensible before God?

Is this why women have sometimes been told to go back to abusive husbands and “be better wives”? If all sin is equal, then the sin of an abused wife who leaves her husband and the sin of her abuser is the same, right? Is that why churches have sometimes protected abusers when they’re found out, instead of the children they abused? Because we imagine, somehow, that sins that may be committed against the abuser are somehow equal to those he committed? Is this why so many churches, when misconduct is identified, insist on internal investigations in which, inevitably, a victim has to be in a room with his or her victimizer answering questions? Is this why churches often talk about “supporting all the parties involved,” as though no distinction needs to be made by those injured and their injurer?

I understand what we’re driving at when we teach this idea. It keeps us from minimizing our own sin, which I also know is a problem. It’s true that jealousy, envy, selfish ambition, and rage are all listed next to sexual immorality, debauchery, and idolatry as “works of the flesh.” It’s true that Jesus links murder and adultery with the attitudes that lie underneath them.

But that doesn’t mean that anger equals murder or lust is the same thing as adultery. If you think so, ask yourself if you’d rather have someone angry at one of your loved ones, or kill them. What Jesus is getting at there is that there are attitudes and thoughts of the heart that underlie our actions, and that the best way to change what we do is to change how we think. He’s saying that God knows those thoughts that we have, and that when we dwell on them and pull them around us like a warm blanket, we’re committing sin. But surely we don't think that God can’t tell the difference between thoughts and actions. Surely we don’t think he can’t see the distinction between your occasional thoughts about someone other than your spouse and a rapist’s act of violence. Surely you don’t imagine that God isn’t wise and just enough to see that a racist thought you had last week and a racially-motivated attack are not equivalent.

If you take advantage of someone weaker than you, that’s worse than a lie to a work colleague.

If you cause a “little one” to stumble,  you’re into uncommonly dangerous territory.

If you weigh people down in the name of God…woe to you.

This idea that all sin is the same in God’s eyes too often serves the opposite end from what we intend. It doesn’t make us take all sin more seriously; it makes us take terrible wrongs less seriously because we equate them with the sin that’s common to all of us. If all sin is the same, then I can’t ever speak out against anyone else’s actions. We end up turning a blind eye to horrific sins because, well, we’re sinners too. As Paul writes, “there is no difference; all have sinned and fall short of the glory of God.”

That’s true, of course. When we realize that’s our standard, the glory of God, then we all fall short.

But there are sheep, and there are wolves. Jesus says so. You can always recognize the wolves; eventually, they’ll try to eat the sheep.

There are people “whose god is their stomach.” Paul says so.

There are those whose hearts are hardened. Those who will treat the gospel like pigs treat pearls. Jesus says so.

The Law God gave to Moses on Sinai prescribed different punishments for different violations; seems that God didn’t think walking away with your neighbor’s cow was the same thing as killing your neighbor.

So if all sins aren’t the same, what makes one worse than another? It’s hard to answer that question objectively, right? Our own experiences — with sin and being sinned against — inevitably affect our answer.

But I do think there are maybe three broad categories that will help us to understand the ways that some sins are different, more egregious, more reprehensible than others.

One is to ask “Who does it victimize?” Think about David with Bathsheeba. When Nathan the prophet confronts David, he does so with a story about a man wealthy with livestock who took his neighbor’s single little ewe lamb to feed a visitor. David, rightly, is furious to hear about it. Consistently in Scripture, God takes the side of the powerless who are victimized by the powerful.This is why abuse of children is so sickening; they can’t fight back. It’s why, rightly, we’re angered when someone takes advantage of the elderly. Some sin by its nature needs a power imbalance. It’s wrong to rip off a guy looking to make his fifth million. It’s worse to defraud a retiree of their savings.

Another question to ask is “What is the intent?” Sometimes, human beings sin with good intentions.The Law made a distinction between intentional and unintentional sins. Ongoing, deliberate sins suggest a rebellion against God, an attitude that I’ll do what I want, no matter what anyone thinks. It’s not the same as a mistake, or a failure in the heat of the moment, or even peaks and valleys in our resistance to some sin.

And the third category: What’s expected of you? Jesus says, “From everyone who has been given much, much will be demanded.” Those of us who know what following Jesus requires and have been doing so for a long time are held to a higher standard. A new or young Christian shouldn’t be held to the same standard.

There is one way that all sins are alike, though; through Jesus, they can all be forgiven. The worst sins we can imagine and the ones that we let slip by in our own lives can all be taken away through the cross of Jesus. And we all, every human being who’s ever drawn breath, need that.

But, please; take note of the wolves. The flock needs protection. Please, don’t be afraid to shake the dust off your feet when the occasion demands. Call sin what it is, even though your own record isn’t spotless, and don’t allow serial victimizers to cheapen the gospel of Jesus while trying to hide their crimes behind it. Know that consistently bad fruit probably means that the tree is bad.

May God give us all his grace: Grace to overcome our own sin, and grace to speak against it when we see it.