And so it was with me, brothers and sisters. When I came to you, I did not come with eloquence or human wisdom as I proclaimed to you the testimony about God. For I resolved to know nothing while I was with you except Jesus Christ and him crucified. I came to you in weakness with great fear and trembling. My message and my preaching were not with wise and persuasive words, but with a demonstration of the Spirit’s power, so that your faith might not rest on human wisdom, but on God’s power. 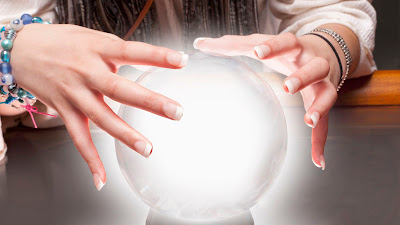 In a recent blog post that caught my eye, Carey Nieuwhof made seven predictions about what the church will look like in 2032. You might want to read it yourself, as I’m sure I won’t do it justice here. As you read, ask yourself what sounds really good to you about his predictions. Ask yourself what bothers you or even angers you. And, in each case, ask yourself, “Why?”

The title itself grabs you; “It’s 2032. Here’s What’s Left of the Church.” What’s left? That sounds ominous. Is he predicting some outbreak of persecution? Some apocalyptic event? Turns out no, but what he is saying might not sound a whole lot better to you. Here’s what he says may very well have happened by the year 2032:

I don’t know how you feel about those. Probably, like me, your reaction is mixed. Here are some of my random thoughts, drawn from no expertise and no special knowledge other than what is easily visible and demonstrable now, in 2022.

Number 1 has already started happening. It’s inevitable. That doesn’t mean that the church will disappear from America, but it does mean that we just might as well give up on what some of us — white, middle-class churches, mostly — have long seen as the ideal. I don’t see America becoming a purely secular nation in ten years; religion is just too deeply woven into our national fabric. But the days in which Christianity is the dominant religious influence in our nation are over. It’s time that we lay that ideal to rest and admit that it was only ever the ideal for a small but influential segment of American society. Political power and influence won’t change the tide. The job of the church by 2032 will often be that of domestic missionaries preaching the gospel to people who increasingly have no direct Christian influences in their lives.

Numbers 2, 3, and 4 are already happening as well. COVID restrictions two years ago pushed most every church into some kind of digital ministry. Think about how most of us do everything else. Want to find a restaurant? Buy a book? Reserve a rental car? Find DIY advice? We Google it. Church is the same. A church’s website and social media will, increasingly, be our new front door. Physical gatherings will still be important, and so will a physical location, but increasingly churches will be digital-first, offering opportunities to connect throughout the week for content and interaction. It may be that, for many churches, online connections will far outpace physical attendance.

We may not love that, because most of us love being “at church.” But we’ve always known that the church isn’t the building, and that there’s a lot going on in a healthy church far away from the building on days other than Sunday. Being digital will allow people to access what we offer when and where they can. It can increase, rather than decrease, engagement with the church.

That’s what numbers 5 and 6 are getting at. How many people slip away from churches each year simply because they get lost in the shuffle of coming and going on Sunday morning? Most churches tried to remedy that with other gatherings during the week, but that leaves out anyone who can’t or won’t come to the building then. But connection can be facilitated by digital ministry. Nieuwhof makes the point that content is available everywhere, great sermons by great preachers are at everyone’s fingertips. What’s in short supply is community. Connection.

My chief disagreement with Nieuwhof is that I think he underemphasizes content. The Greek word for “content” in the New Testament is kerygma. It means, “what’s preached.” You see it in 1 Corinthians 2, where Paul says his “message and his preaching” — his content — was not filled with wisdom and persuasion. It was about Jesus, and his cross, and backed up by the work of the Holy Spirit in his life. I don’t think Nieuwhof would disagree with that, but I don’t think creating connection and community should be the message we preach. The message we preach — our content — should always point people to Jesus. We’re not just called to bring people together — there are lots of organizations that do that well. We’re called to proclaim the good news that in Jesus God is bringing everything together, and if we do that well, in a way that will let people see in our lives that God is at work, community will be created.

Nieuwhof’s number 7 is a matter for church leaders to take seriously. Who a church decides to spend money to employ speaks volumes about what is important to them. Most churches don’t have an unlimited payroll budget — I’m certainly part of a church that does not. Our own staffing choices have a lot to do what what we think our ministry is. If we believe that things are changing rapidly in our world, then we need to take those changes seriously. If a church can’t hire with their digital ministry in mind, maybe they can reeducate and reallocate their existing staff members. Maybe they can invest in people who aren’t necessarily staff, but who can get some training in how to put together a digital presence that is true to the gospel message while helping people to connect with one another and with the Lord. There is an expertise to that, some special knowledge that will be as valuable in the near future — maybe is already as valuable — as presentation skills before a physical audience and other abilities and knowledge that churches usually look for in staff.

I’ve been preaching on the book of Acts on Sunday mornings lately, and I’m reminded of how the early church had to adapt to be faithful to Jesus’ mandate that they be witnesses “in Jerusalem, and and in all Judea and Samaria, and to the ends of the earth.” Jerusalem wasn’t exactly like the rest of Judea. It certainly wasn’t much like Samaria, and even less like “the ends of the earth.” Different people stepped up to lead. The gospel was preached in different ways. Existing technology and infrastructure was put to use. Different vocabularies arose. All to proclaim the message that Jesus was risen, and that in him was salvation.

Whatever our future looks like, our mandate won’t change. May we be as faithful as they were in letting go of the old ways when they’re no longer useful to that mandate, and embracing the new ways when they are.