But the father said to his servants, “Quick! Bring the best robe and put it on him. Put a ring on his finger  and sandals on his feet. Bring the fattened calf and kill it. Let’s have a feast and celebrate. For this son of mine was dead and is alive again;  he was lost and is found.” So they began to celebrate.

Meanwhile, the older son was in the field. When he came near the house, he heard music and dancing. So he called one of the servants and asked him what was going on. “Your brother has come,” he replied, “and your father has killed the fattened calf because he has him back safe and sound.” 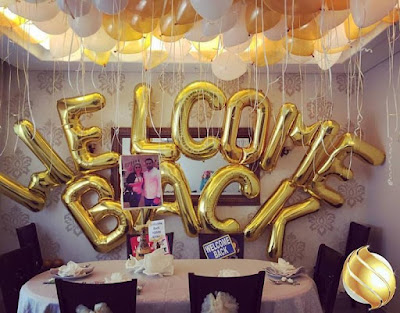 The parable of the Prodigal Son is one of Jesus’ best-known parables. Though we name it after the younger son, the “prodigal” one (prodigal just means wasteful), you could argue that the oldest son is the main character. Jesus told the story to those who didn’t care for the way he “welcomed” sinners and shared a table with them. The oldest son, the one who was irritated at his father’s generosity to his younger brother, represents their attitudes. He literally refuses to join the celebration for his brother’s return, and the story is supposed to make Jesus’ opponents who do the same realize how ridiculous they are.

We know the story: a father, two brothers. Their interactions represent the grace of God for sinners pushed up against the gracelessness that the brothers and sisters of those sinners can sometimes show toward them.

Well, not exactly. There’s one other character — well, a collective group of characters — in the story. You see them, don’t you, there at the point in the parable where the lost son comes home?

But the father said to his servants, “Quick! Bring the best robe  and put it on him. Put a ring on his finger and sandals on his feet. Bring the fattened calf and kill it. Let’s have a feast and celebrate. For this son of mine was dead and is alive again;  he was lost and is found.” So they began to celebrate.

Yes, there they are: “the servants.” They don’t have any lines, but then again servants aren’t necessarily there to talk. Silent though they are, they’re pretty important to the story. The prodigal wastes the inheritance his father gives him. The older son pouts when he hears that his dad is going to drop a bundle on his no-account little brother yet again. But the servants — they just do what they’re told. They obey their master’s wishes. They run and get the robe, the ring, the sandals. One of them brings a calf they’ve been preparing for just such an occasion and slaughters it. (I’m assuming that had to be the servant with the least seniority!) If the boss wants a party, a party there shall be.

They don’t get an opinion, nor do they seem to think they should have one, as to whether or not the prodigal deserves his party.

They aren’t consulted, nor do they seem to think they should be, about whether or not the father should use his resources in this way.

They just do what they’re told. “We had to celebrate,” the father tells his eldest son, but the servants already know that. They’ve told the eldest son the same thing: “your father has killed the fattened calf because he has [the prodigal] back safe and sound.” They don’t have a problem with it because they understand why the father wants to celebrate.

But, without those servants, the celebration wouldn’t have happened, would it?

Maybe Jesus is saying that those religious leaders who don’t like the fact that he hangs out with sinners need to remember that they’re supposed to be servants. Yes, they’re God’s children — but that doesn’t privilege them over other of God’s children, and when it’s time to celebrate then they just need to take off the petulant older brother hats and put on their servant hats and make the celebration happen.

Maybe we need to hear the same thing. It’s we servants who will — or won’t — make the celebration happen. God entrusts us with that responsibility. If prodigals are going to feel like they have a place, it will most often be because we show them that they do. It’ll be because they’re treated with love and joy, not resentment over their past mistakes. We shouldn’t treat them like they’re on probation, quarantined until they’re no longer sin carriers. We treat them like God’s children who are trying to believe that they have a place in their Father’s house. We let them know of the Father’s pleasure in their return. When he says make the celebration happen, we should.

I say that because I don’t think most people associate the church with celebration. I don’t mean to be unfairly hard on us, but I think if you asked unchurched people who we are in the story of the prodigal, most would say we were the older brother. There are multiple reasons for that, and we only really have any control over some of them, but it’s hard to deny that we have at times conducted ourselves like we want no part of the celebration God throws when his lost children find their way home.

We’ve all been the younger son. We do all need the grace and love of the Father through Jesus. But you can’t live forever as the younger son, always straggling home from the latest pig pen.

We’re not the Father, who decides if the prodigals are sufficiently penitent to deserve the celebration.

And we certainly shouldn’t be the oldest son, thinking we’re so superior to the prodigals that we resent our Father’s extravagant grace.

That leaves servants. So let’s be servants.

How can we serve God by making our churches places that celebrate over and over the return of prodigals?

First, the servants in the parable knew that it was not their wealth that the youngest son had squandered. We need to learn the same. If our Father is thankful when those who have squandered his grace come to their senses and come home, so should we be. No need to be stingy with God’s grace; he has plenty to give.

Celebrating doesn’t necessarily mean that you endorse everything a prodigal has done. It certainly doesn’t mean that God can’t appreciate and celebrate long, consistent faithfulness. It’s just getting on board with God’s conviction that when the lost are found and the dead are made alive again, everything else gets put in perspective.

Let’s be churches where everyone is treated with the joy, respect, and appreciation that should belong to a child of God. If their clothes are stained with whatever pig pens they’ve most recently been in, we don’t make them display their shame. We clothe them with honor.

If they come hungry, we give them seats of honor at our table and full plates of the best we have, spiritually and physically, not make them stand outside begging for the scraps we might toss them; we.

And we give them whatever tokens we can of God’s faithful love for them. Like rings on their fingers, we gift them with kindness, patience, compassion, acceptance, and peace.

If we’re places of celebration, people who didn’t dare hope they could come home will find their way, and find the place their Father has for them in his house and in his heart.