This is what you are to say to the Israelites: “I AM has sent me to you.” 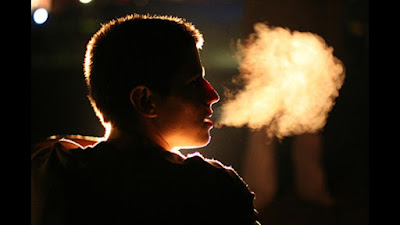 Now and then, you see stuff on social media that's seen so much it's just assumed to be true. A fair amount of it what might be called “popular theology.” Mostly, I think, it's pretty  harmless, even if it's less than accurate. Somebody hears something in a sermon or reads something in a book, is touched by it in some way, and reproduces it. Sometimes, maybe, they remember it imperfectly. Before you can turn around, it’s passed along by every other person on social media. The one I’ve seen a lot of recently has to do with the name of God. It goes like this:

“But scholars and Rabi’s (sic) have noted that the letters YHWH represent breathing sounds, or aspirated consonants. When pronounced without intervening vowels, it actually sounds like breathing. YH (inhale): WH (exhale).

“So a baby’s first cry, his first breath, speaks the name of God. A deep sigh calls His name – or a groan or gasp that is too heavy for mere words.”

In the Hebrew Scriptures, God’s name looks like this: אֶהְיֶה. In English, it’s often represented with the letters YHWH (sometimes referred to as “the Tetragrammeton”). When we say it in English, we usually pronounce it something like “Yahweh,” even though we don’t know how it would have been pronounced in ancient Hebrew.

God’s name is explained in Exodus 3, in the story of the burning bush. God wants Moses to go to Pharaoh and demand the Hebrews’ release from slavery. Moses first objects by asking God, “Who am I to do this?” When God answers that objection, Moses moves on to his next one: “But who are you?”

God responds with these words (transliterated to English): “hayah ásher hayah.” It means something like, “I Am that I Am.” God goes on to tell Moses that he should tell the Hebrews that “The One Who Is” — YHWH — sent him.

English translations usually represent the name of God with something like “the LORD”. The capital letters indicate that it stands in for אֶהְיֶה — YHWH or Yahweh, God’s name disclosed to Moses. We do that because ancient Jewish scribes who copied the Scriptures were concerned about accidentally dishonoring the name of God. One of the ten commandments, after all, is “You shall not take the name of the LORD your God in vain.” So they would use the vowel signs for adonai, “Lord,” with the consonants YHWH in order to avoid writing the sacred name of God at all.

Let’s tap the brakes on the whole idea that God’s name is about breathing. I first heard this maybe 15 years ago in one of Rob Bell’s Nooma videos — and nowhere else, until just recently on social. If you see it somewhere, maybe don’t pass it along. It sounds really cool and everything, but it’s not true. No “scholars and Rabbis” would say that God’s name is the sound of breathing. I certainly don’t think you’ll find this in Scripture:

“…[B]reathing is giving him praise. Even in the hardest moments….God chose to give himself a name that we can’t help but speak every moment we’re alive. All of us, always, everywhere. Waking, sleeping, breathing, with the name of God on our lips.”

No. Worship of God is something we do by choice. Not by the accident of just continuing to breathe.

Would you be content if your spouse’s only acknowledgment of their love for you was their breathing? Would respiration satisfy your desire for your child’s expressions of love? Would you ever imagine that your best friend was saying “Love you” with every inhalation and exhalation? No, thought not. So I think we can dispense with the notion that just walking around breathing is somehow equivalent to worshiping God, or even speaking his name.

With that set aside, would you like to know what God’s name does mean? Why it’s significant?

When Moses asks God who he is, he’s asking for a very good reason: the Hebrews have forgotten. It’s been 400 years since Joseph. Abraham, Isaac, and Jacob are just hazy names in history if they’re remembered at all. The covenant God made with them that extends to all their descendants has been forgotten as well. The Hebrews worship the Egyptian gods, probably — Yahweh, if they worship him at all, is just one option.

Moses is asking, in effect, which god are you?

To which God replies: “I Am.” God doesn’t have to differentiate himself from the Egyptian pantheon because none of them are. None of them exist. None of them are coming to the rescue of the Hebrews. Only Yahweh, who made himself known to their ancestors and now is making himself known to them, is coming for them. He’s coming for them because he’s faithful to those promises made long ago. Whether his people know him or not…He Is.

That’s still true. God Is. Whatever you’re facing, whatever you’re fearing, whatever you’re fleeing from or feeling and whatever failure you can’t forgive, God Is. That’s his name. That’s just who, well, He Is. Always. When the future that’s so uncertain becomes the present, the one thing you will always be able to say is that He Is. And  when you look back over your life, the one thing that will always have been true is that He Is. And since He Is, you can do what he asks of you and He Is always, always hearing his people cry out and delivering them from bondage.

Not you, you think? Because you’ve worshiped other gods? Join the club. He still Is, and he’s faithful to his promises, and those promises are for you. One of the problems with the “God’s name as breathing” thing is that it’s about us. But God’s name, I Am, is about him — his faithfulness, his love, his unfailing grace and compassion and mercy.  As Jeremiah said in the one bright spot of Lamentations: “Because of the LORD’S great love we are not consumed, for his compassions never fail. They are new every morning”

In John 8, some people are asking Jesus who he thinks he is. He’s made this audacious statement to the religious leaders that their ancestor Abraham saw Jesus’ time through faith and celebrated it. The leaders mock him: “You’re not even fifty years, old, and you know Abraham? Abraham knew you?” Laughable.

Jesus says, simply, “Before Abraham was…I Am.” When they heard that, they intended to stone him. They knew what he was saying.

Later, when they go to arrest him in Gethsemane, Jesus asks who they’re looking for. “Jesus of Nazareth,” they say. Your English Bible will tell you that Jesus said, “I am he.” But what he actually said was, “I Am.” And they fell to the ground. They knew what he was saying.

Jesus is the embodiment of the God Who Is. John says that the Word, who was with God and who is God, “became flesh and lived among us.” God said “I Am” to Moses, and he said “I Am” through Jesus, and he says it to us as well. Let’s put away our other gods. Let’s trust that he’s faithful to his promises. Let’s expect his salvation. Let’s worship him for his love and holiness and power.

Take a deep breath. His name is still “I Am.”