On Some Bad Assumptions After a Bad Week

When I heard these things, I sat down and wept. For some days I mourned and fasted and prayed before the God of heaven. 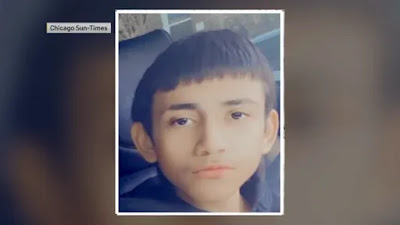 I’ve had one of those weeks when I kind of wish there was no internet.

Early in the week, video came to light of Caron Nazario, a black Latino army officer in uniform, being pepper-sprayed by white police officers in Virginia as he returned home from duty. The officers had guns pointed at him, he had his hands out of the window of his vehicle, and they sprayed him anyway. Seemingly because he said he was afraid to get out of the car. He was being pulled over for not having license plates on his new vehicle, though temporary tags were clearly visible.

Just a few miles from the Derek Chauvin trial, another white Minnesota police officer shot a black man, Daunte Wright, dead because she thought she had pulled out her Taser instead.

Later in the week, I saw video of a white man in South Carolina, a big guy, telling a black teenager, not much more than a boy, who seems to be just walking down the sidewalk to “walk away” and that he’s “in the wrong neighborhood." Threatening him, looming over him, intimidating, telling him that his neighborhood is “a nice neighborhood” and that “we look out for each other here.” It seems pretty clear what his definitions of the words “nice” and “we” consist of.

And then, yesterday, video was released in Chicago of the shooting death of Adam Toledo, a 13-year-old Latino, by a white Chicago police officer in an alley in the middle of the night. Descriptions of the video were that Adam had a gun when he was shot. So a lot of us were shocked when the video showed Adam turning toward the officer with his hands raised over his head as the officer puts a bullet in his chest.

It’s hard to watch a 13-year-old kid die in a dark alley in my city.

I know, he was out in the middle of the night and he had a gun. I know, the teenager in South Carolina could have been doing something. I know, Daunte Wright tried to drive away from police. I know, Caron Nazario could have pulled over more quickly -- though just maybe you can understand his desire to drive to a well-lit place first.

I’ve had some pushback when I’ve written about things like this. That’s OK, I don’t want to make this about me. I’m certainly not above criticism. I do, however, wonder if people who have found fault with something or the other I’ve written about racism are aware of certain assumptions that they’re making.

I’ve been accused of hating white people. Well, quite to the contrary, the people I love most in the world are white people. But, that aside: To say that we have a problem in our country with racism is not hatred of white people in general. Paul asked the Galatians if he had become their enemy by telling them the truth; not to compare myself to Paul, but sometimes I’ve wondered the same. I’ve been told that there are good white people, that I should say more about what good white people do. There are. And I do. But, listen to me very carefully here: not being racist doesn’t make a person good. Not being racist makes a person…what they ought to be. If you don’t treat a person unjustly because of their skin color, that doesn’t make you a paragon of virtue. That’s just square one of being human.

White people need to get over the idea that if someone tells us that racism exists and that we benefit from it, that’s hatred. It isn’t. Hatred is what we’ve seen in some of those body cam videos. Hatred is that big guy using his size and strength to demean, intimidate, and threaten a teenaged boy for walking through his neighborhood. Hatred is what generations of people of color in America have lived with from their masters, their employers, their neighbors, and those sworn to protect them.

A word about repentance: I’ve been told emphatically, “I don’t see color.” I’ve had people passionately tell me that they aren’t racist and have never been racist and so have nothing to apologize for. I’ve written already about the “I don’t see color” fallacy. And, you know what, I wouldn’t disagree with the people I know who have told me that they aren’t racist. But all of us are part of a culture that has allowed racism to take hold and thrive and bear the fruit that we see too often in our newsfeeds. Perhaps we’re too quick to give ourselves a pass, to absolve ourselves of responsibility. Are we willing to listen when people of color tell us of their experiences, or do we discount what they’re saying? Does a crowd protesting racism deserve less consideration, in our minds, than union members demonstrating against unfair labor practices or a largely white crowd demonstrating against a state government’s pandemic measures?

Have we heard the stories that many people of color know well, but many white people have no understanding and maybe no knowledge of. What do you know about the Tulsa Massacre? The murder of Eugene Williams and the 1919 riots in Chicago — or the bigger picture of the Red Summer of 1919? What do you know about the practice of redlining, or the effects of gentrification, or the generational wealth lost in communities of color due to housing discrimination and unfair lending practices? It’s OK if you don’t know about them. But we can inform ourselves, and should before we have much to say about race in America.

In any case, the big question isn’t “What’s my level of responsibility for the existence of racism?” The big question is, “What’s my level of responsibility for bringing it to an end?” Repentance, of course, always has an eye on the future. We can repent of societal evil: see Nehemiah’s prayer, where he repents of sins committed before he was born! We can determine that we will do what we can and use the influence we have to change things for the better.

I’ve been told that to write or speak about such things is to “reopen old wounds.” It’s easy to talk about “old wounds” if you’re not the one who’s wounded. Many people of color will tell you that their wounds have never healed. That they’re torn open again and again by repeated injustice, that they’re prodded every time another person of color dies or is injured or mocked or threatened in a grainy cell phone or security camera video. Many will gladly tell us about new wounds, if we’ll listen. To speak of these experiences as “old wounds” is to minimize the damage that the sin of racism does to it victims — and to its perpetrators.

It doesn’t matter if you agree with me. I’ve never said anything that I didn’t wish I could say more compellingly, more eloquently, more correctly. I know that I’ve been wrong before, and will be again, and I’m pretty sure I’ve been wrong in ways that I don’t even know about. But please don’t ignore the videos that seem to be everywhere. They’re not wrong. Please don’t ignore the voices of people of color trying to tell you what they’ve been living — and sometimes not — all their lives. They’re not wrong.

May God lead us to a new day.